CALL US FIND US

Acura goes two for two with a pair of big reveals at Monterey Automotive Week!

If you’ve been following our blog lately, you know that we’ve been covering some of the big reveals out of Monterey Automotive Week. And while we’ve already talked about the debut of the Acura ARX-05 prototype race car, it seems that that wasn’t the only surprise reveal Acura had in store for Monterey Automotive Week. In fact, the hits just kept coming in the best way possible with the reveal of the upcoming 2018 Acura RLX.

Freshly redesigned for the 2018 model year, the upcoming Acura RLX incorporates a number of design elements and cues from the Acura Precision Concept that are sure to help it stand out from the crowd while keeping its design language consistent with other striking new Acura models. With its sculptural hood, new wheel designs, new LED taillights, and even a gloss black rear diffuser, the 2018 Acura RLX looks set to turn some heads on the streets of Houston. What’s more, with 377 horsepower humming under the hood, the 2018 Acura RSX is more than ready to play when you are.

Set to hit the market sometime in November, the 2018 Acura RSX looks like a dynamic and compelling addition to the Acura lineup, and we can hardly wait to get our hands on one. If you’d like to do the same, or you’re interested in snagging one of the 2017 Acura RLX models before they’re gone, feel free to stop in to our Houston, TX Acura dealership to speak with our friendly, knowledgeable sales associates today!

0 comment(s) so far on Acura goes two for two with a pair of big reveals at Monterey Automotive Week! 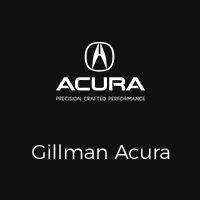